In the year 2012 was the period in which a lot of savannah’s were studied by TVK ZooDesign. Zoo Duisburg was also visited and the zoo was interested in a case study how to renew their Afrikanum. Currently the Afrikanum exists of two parts with as main species red river hog, white rhinoceros and a large herd of zebra’s. Goal was to find a new type of savannah with more species. The model chosen was to combine both parts and enlarge the exhibit with surrounding exhibits. This gave the opportunity to create more stables at different locations and add more species to this exhibit. Added is an African wild dog exhibit with panoramic view on the savannah. The zoo currently has no plans to construct this exhibit, but keeps the design in mind for future developments. 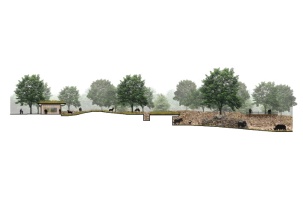 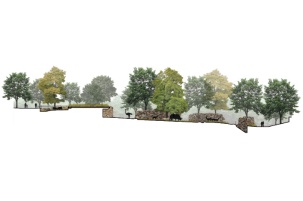